Claire founded CodeUp shortly before she started working for Manchester Digital Laboratory (MadLab) but has since qualified as a teacher of computer science.

Claire is a technology-loving girl geek with a passion for organising events, as well as being a blogger, BCS PGCE Scholar, Custodian of BarCamp Manchester, Founder of CodeUp, and Awesomeness Ambassador for the Django Girls Foundation. She is a Raspberry Pi Certified Educator, North West Code Club Champion, National Coding Week Ambassador and Pi-Top Champion.

Drew has been coding since he was 7 years old and has worked in the healthcare, education and finance sectors. Qualified as a physics teacher in 2011, he taught for four years before returning to software development and now works as a full-stack web and applications developer specialising in Microsoft technologies.

Drew is endlessly curious about science and technology and at university studied Physics for two years before swapping to Computer Science with Artificial Intelligence. He plays piano, tuba, guitar and clarinet, regularly goes climbing indoors and is a BSAC Dive Leader and assistant SCUBA diving instructor. Drew loves to share his experiences and ideas and developed the three-part course “Programming 101” for CodeUp which runs a few times a year.

Jon is a mobile developer and director of Jon’s Apps Ltd, a software development company specialising in mobile development. He has a particular interest in iOS and has been developing apps for the platform since 2009.

Jon works closely with businesses to help develop and progress their mobile strategies and has clients of varying sizes from all over the world.

If you're interested in getting into the world of mobile development or want to talk about the latest up-coming tech then find Jon at one of our sessions.

Ben has been a hobbyist nerd since he was 24 (that's 10 years) and decided to take the plunge into becoming a professional three and a bit years ago. He moved to the Manchester area in 2018 to take up a role as a software engineer at the BBC where he is part of a team responsible for providing NodeJS services that are utilised by a large number of other BBC product teams.

In his spare time, Ben sings for a male voice choir known as The Sunday Boys, and is known to be a bit of a karaoke diva given half the chance.

Peter worked in HR and analytical roles for 10 years before discovering the joy of code and changing careers to software develoment. First attending CodeUp in 2015 and working through the FreeCodeCamp curriculum, he secured a Frontend Developer job at ResponseTap in 2016. He is a self-confessed JavaScript and React fanboy!

With a background in physics, Edward spent 7 years developing software and hardware in university science departments. He lead on projects including building a simulated mars rover, automating a telescope in Tenerife and developing web interfaces for instruments like electron microscopes, a radio telescope and a plasma accelerator. He has recently moved to the private sector to see what new skills he can learn there.

In his spare time, Edward enjoys tinkering with electronics as well as photography, bell ringing and playing the piano and ukulele. He is also a trained bee keeper.

Ruth is the Head of Growth at Northcoders. As well as supporting the Northcoders community, she is also responsible for the company's website and much of their internal codebase.

Ruth believes anyone has the potential to learn to code, and is passionate about encouraging under-represented groups into technology. As well as CodeUp, she is a regular participant in other outreach schemes to encourage more women and minorities into technology.

Josh is an onboarding mentor for Northcoders, a sponsor of CodeUpManchester. It is his job to help applicants to Northcoders get started with JavaScript and make sure they have help and support getting ready for the course.

Josh also helps Northcoders students prepare for life as a developer after the course. He runs CV writing workshops, interview prep sessions and mock tech-tests. Drawing on his experience in IT recruitment and business development, he ensures students have the information they need to make an informed decision about where they will be working after Northcoders.

Matt is a Mobile Developer and Computer Science Student at the University of Manchester. He started out by teaching himself Swift, attending CodeUp and then building his first app. Matt has now been doing iOS for the past 4 years.

Chat to Matt (or message) if you are interested in mobile development, machine learning, augmented reality or graphics. 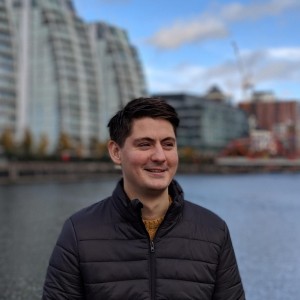 Harry is a Senior Software Engineer at BookingGo and attends both the Manchester and Salford CodeUp. He Mainly programmes in Java but also maintains applications written with Angular, React and JQuery. Highly performant, scalable API's are what interest him and keep him busy in and after work.

Along with CodeUp he mentors graduates and apprentices on Manchester Digital courses and is also an organiser of CodeYourFuture.

Adam has been tinkering with computers since he was little. About 4 years ago (Not knowing a single bit of HTML) he started to learn to code, decided he liked it, and now specialises in Javascript using NodeJS and React. He works as Junior Software Engineer at the BBC in a team that provides authentication and sign-in services across the BBC portfolio.

A native to Manchester, Adam can be found out and about around town and likes to attend CodeUps and similar events whenever his timetable allows.

Sean is a Director of INEVITABLE (an AI focused startup based in MediaCityUK) and is also a first-class Computer Science graduate from Manchester Metropolitan University, primarily focusing on Web Development, Data Science & IoT.

He also has a passion for the Manchester Tech’ Community, having created the beginnings of an Open Source tool called CompiledMCR in late 2017, and has gone onto Organize, Mentor, Judge and Talk at several Networking Events and Hackathons, such as DrinkaboutMCR, CodeUp & ManMetHacks.